← more from
First Word Records
Get fresh music recommendations delivered to your inbox every Friday.

It's A World Before You 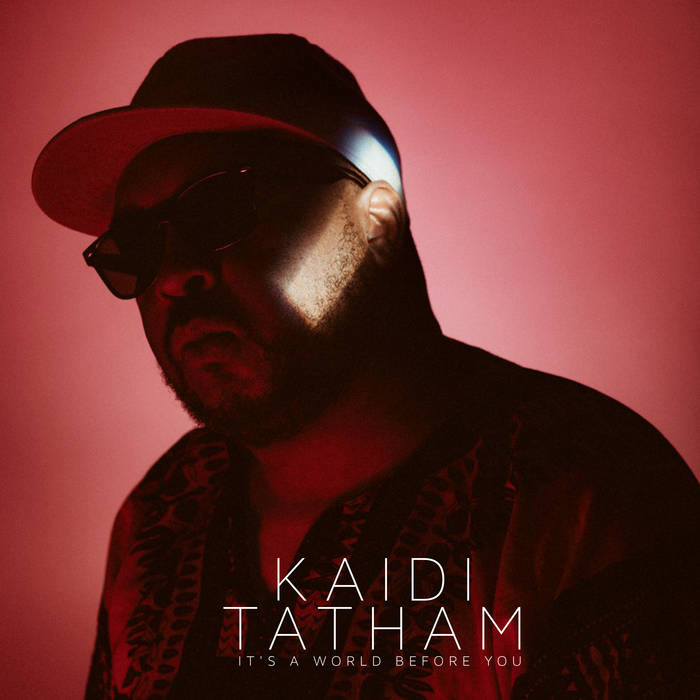 duktus ...the wibe, the groove, the feeling of kaidis music, all this makes me smile and dance and just feel good, keep on doing what you do. PEACE
Favorite track: It's About Who You Know.

Wayne Wiggins Magnificent. Kaidi Tatham is one of my favourite artists of all time and this is a masterpiece of an album. Favorite track: 2Tone.
more...

First Word Records is very proud to present a brand new full-length album from Kaidi Tatham. ‘It’s A World Before You’.

Following on from two EPs released on First Word last year (‘Changing Times’ and ‘Hard Times’), Kaidi has delivered us thirteen tracks that deftly illustrate his various talents as a multi-instrumentalist.

All this in addition to heating up dances around Europe with his inimitable DJ sets, and working heavily with First Word label-mate, Eric Lau (who also mixed this album) on a variety of projects, and adding releases to his already impressive catalogue on 2000 Black, Eglo and Theo Parrish's Sound Signature, with regular compadre, Dego (who features on the album’s title track).

This album personifies Kaidi’s diverse palette of sounds – bar Eric & Dego’s features, every piece of music is played by himself. Largely flowing on a broken beat rhythm section, Kaidi effortlessly incorporates washes of afro, latin and funk throughout. From the harmonics of ‘Your Dream Don’t Mean A Thing’, to the breakneck funk of ‘Outta Audah’, each and every riddim exudes energy. But this isn’t simply a bruk record. The album is laced together with downtempo beats and future jazz interludes throughout, and some sweet synth boogie is never very far away, especially on the weighty vibes of ‘It’s About Who You Know’. To top it all off, there’s two delightful nuggets of hip hop soul - Mancunian label-mates, Children of Zeus, feature on the neo-soul vibes of ‘Out Here On My Own’, and there’s a feature from Amir Townes, better known as Uhmeer - an upcoming MC from Philadelphia, and son of one Jazzy Jeff Townes - who rides a sub-heavy, piano-led slice of boom bap, voicing an assortment of characters to tell the tale of ‘Cupid’.

‘It’s A World Before You’ is set to cause serious damage to sound-systems over the Summer, and show and prove once again the skills of one of the UK’s best unsung musical talents, Kaidi Tatham.